“I hate nothing more than sugary photographs with tricks, poses and effects.” August Sander 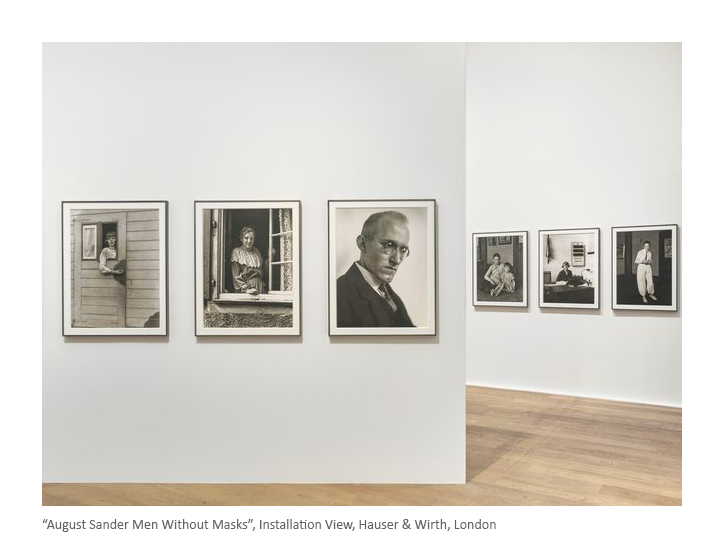 Born in 1876 into relative poverty in Herdorf, east of Cologne, Sander would go on to become, arguably, one of the most influential figures in 20th century German and European photography.

August Sander adopted and refined a photographic style that had it roots in the work of American photographers such as Jacob Riis and Lewis W. Hine.

Jacob Riis’ “How the Other Half Lives” exposed with brutal lack of sentiment the lives and living conditions of an entire underclass of the New York of the 1880s. Lewis W. Hine documented in great detail what American children committed to child labour were subjected to. Not only did he photograph them, but as a campaigning children’s rights activist he published his work widely in an effort to bring about legislative change in American child labour law.

Both Riis and Hine were early adopters of photography as a means of social criticism. Both were also involved with their subject matter in ways that transcended mere concept or aesthetics. They didn’t merely wish to show or represent; they wanted to change. This is where they differ most from August Sander.

August Sander, widely read and very well informed, became part of what was termed the Neue Sachlichkeit or New Objectivity. This style was developed in Germany and concerned itself with, as David Bate writes in “Photography – The Key Concepts, 2nd Edition”, “….a systematized photographic method of observation. Sander developed a typology (or taxonomic) model of portrait photography where the sitter was – photographed – defined and categorized by their social role (work) through [a] standardized set of photographic techniques.” p.62/3 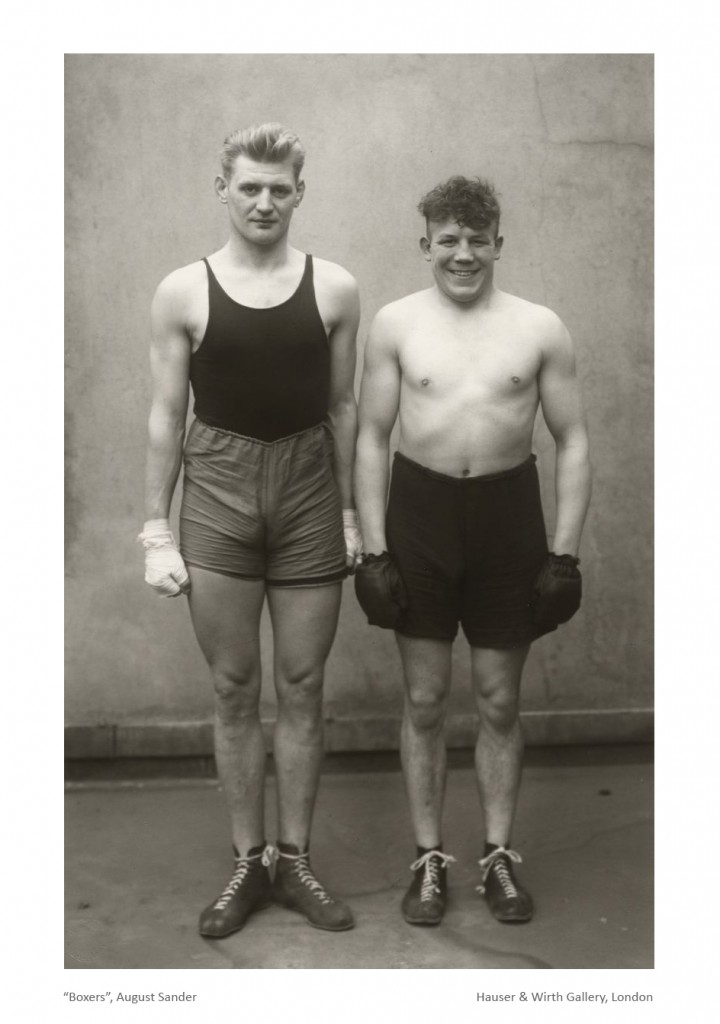 Sander did not set out to initiate a social or political campaign. Yet, as Bate points out, the work was “…thoroughly democratic…since whoever was photographed…had the same visual treatment.”(p.63). Bate reinforces his point citing Walter Benjamin who wrote of Sander’s work…

‘Sander goes from farmers, the earthbound men, and takes the viewer through all levels and professions up on the one hand to the highest representatives of civilization and down on the other to idiots. The creator came to the task not as a scholar nor instructed by racial theoreticians or social researchers, but, as the publisher says, “from direct experience.”‘ Walter Benjamin, “A Short History of Photography” 1931.

The critic John Berger described Sander’s working method as “translucently documentary” (It is not clear what he meant by the term except to say that he wrote, “When a place (subject?) is found it is found somewhere on the frontier between nature (real, documented life?) and art.” John Berger, “The Shape of a Pocket” 2001)  and also felt need to refer to Walter Benjamin when he (Berger) was looking at the work of Sander.

‘It was indeed unprejudiced observation, bold and at the same time delicate, very much in the spirit of Goethe’s remark: “There is a delicate mode of the empirical which identifies itself so intimately with its objects that it thereby becomes theory.”‘ from “About Looking”, John Berger, 1980

The influence of this clinical, non-interventionist approach to documentary photography is clearly visible in the typological subject matter of the work of Bernd and Hilla Becher, scions of the German School of Photography which evolved at Kunstakademie Dusseldorf…

…and also in the work of their pupil Thomas Ruff… 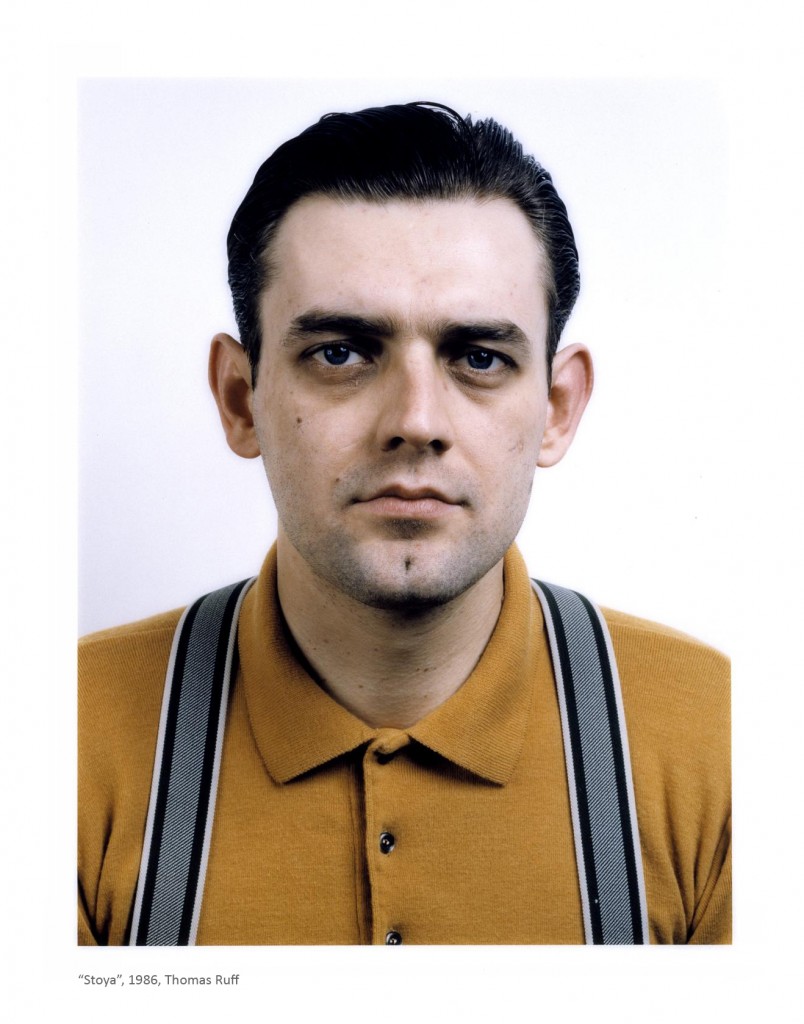 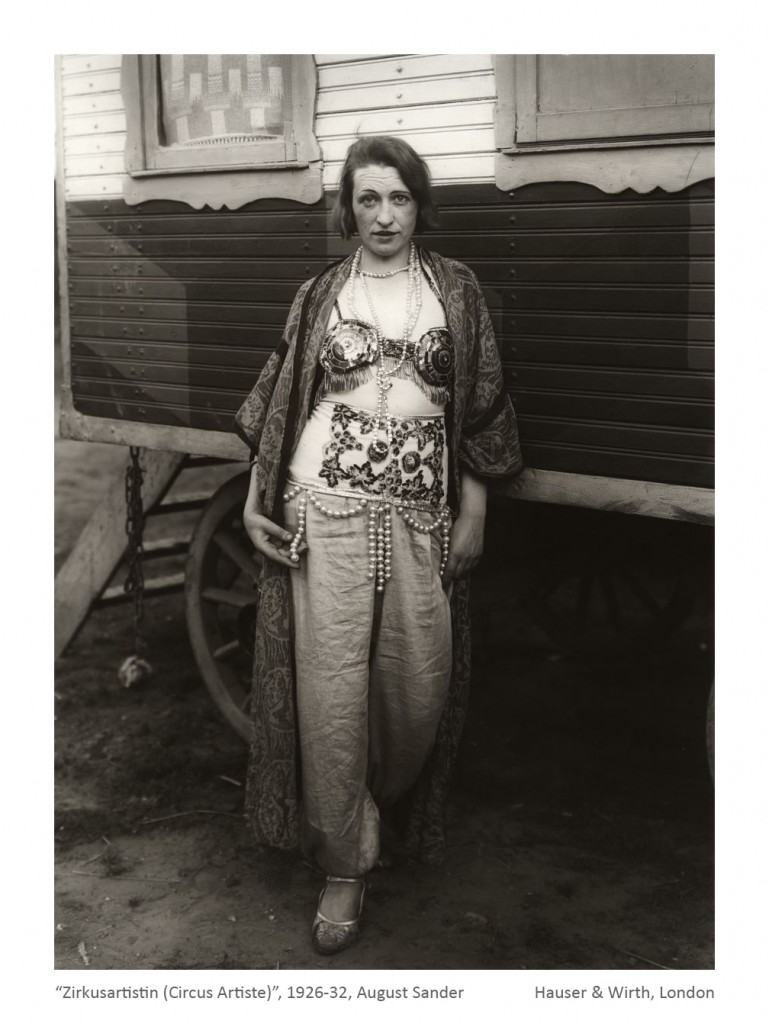 The August Sander exhibition at Hauser & Wirth, some of which forms part of what he termed his “Portfolio of Archetypes” project, which he began in 1910, comprises prints made by Sander’s son Gunther (1907-87) for inclusion in an exhibition at the Mannheimer Kunstverein in 1973.

The prints are described as “…a unique oversize format” (Sander worked in 4″x5″ and 5″x7″ negative formats, so there is no issue with maintaining detail in the enlargements.).

The images are hung, single file, in an evenly spaced line. The placement of the subject categories – the exhibition blurb mentions ‘The Farmer’, ‘The Skilled Tradesman’, ‘The Woman’, ‘The Artists’, etc., amongst the ‘archetypes’ – appears to be randomly chosen.

This curatorial intervention has the effect of forcing Sander’s work to echo the later (and similarly systemically printed and displayed) work of the likes of the Bechers and Thomas Ruff. Whether this is successful or not is both interesting and debatable.

Would Sander have printed all the images the same size? Would he have printed any or all of the images as large as this? Does this curatorial imposition of a one-size-fits-all approach help or hinder the series of images?

Undoubtedly, some of the images succeed at this scale and some do not. What is interesting about what the scale of some of the images reveals is that, not alone do they show us that August Sander initiated much of what the so-called German School of photography was to become; but also, his non-classical approach to composition, combined with a desire to record and show (that ‘…delicate mode of the empirical…’, Benjamin) presage the much later school of the “snap-shot aesthetic” and the work of artists such as Ed Ruscha and Nan Goldin.

August Sander set himself a creative instruction, in the mould of the Bechers. His intention and his working method were both pre-determined. But, unlike the Bechers, he was dealing with live subjects, not still-lives. Undoubtedly, he succeeded in avoiding creating “…sugary photographs with tricks, poses and effects.” (It is interesting to consider how, a few short years later, the Nazis sought to categorize in a similarly unsentimental way. In “Why Photography Matters As Art As Never Before”, Michael Fried writes: “Against the racist physiognomics (sic.) already prevalent in Germany, Sander emphasized sociological factors virtually to the exclusion of all others.” This comment begs the question; but, didn’t he emphasize Aryan sociological factors to the exclusion of all others?)

However, whatever its success as a social document, and its immense influence on later generations of photographic artists, the uncompromising rigour of his approach produced images which, in their varying success as photographs (“Baker”, not in this exhibition, is a masterpiece that recalls Rembrandt or Rubens) agitate rather than complement one another; and the question of curatorial interventions in the artist’s work remain awkward and unanswered.